Robot Framework is at the forefront of open source test automation technologies, used by skilled engineers and QA teams to create keyword-driven tests. However, the speed with which complex systems today changes means that manual scripting and keyword selection can never keep up. Automated tests are brittle to system changes and soon vast test suites cannot be kept up to date in short iterations. Meanwhile, slow and manual test data provisioning cannot keep up with the speed with which automation burns through data, and invalid, unavailable or out-of-date combinations create further bottlenecks and test failures. A greater degree of automation is required in testing to match the speed of iterative delivery, testing complex systems rigorously before each release. 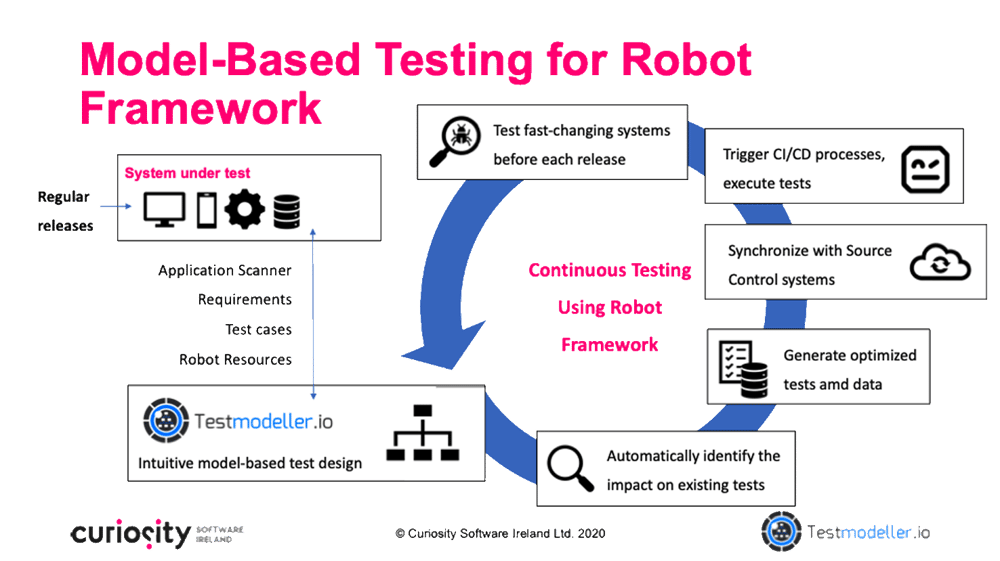 Watch this short demo of testing a web UI with Robot Framework to see how:

Discover how Curiosity can help you automate your testing today!