Test Modeller makes automated testing of complex applications simple, generating rigorous tests and data from easy-to-use flowcharts. The models are built rapidly from existing requirements and tests, before specifying automation objects and actions that have been imported from TMX’s central repository.

TMX executes tests generated in Test Modeller across a comprehensive range of tools, including commercial and open source test automation frameworks, as well as Continuous Delivery tools. You can avoid vendor lock, executing tests in the frameworks best suited to your technologies and teams. Meanwhile, the “single pane of glass” approach of using central models to produce tests for a range of frameworks reduces the need for costly and copious licences. 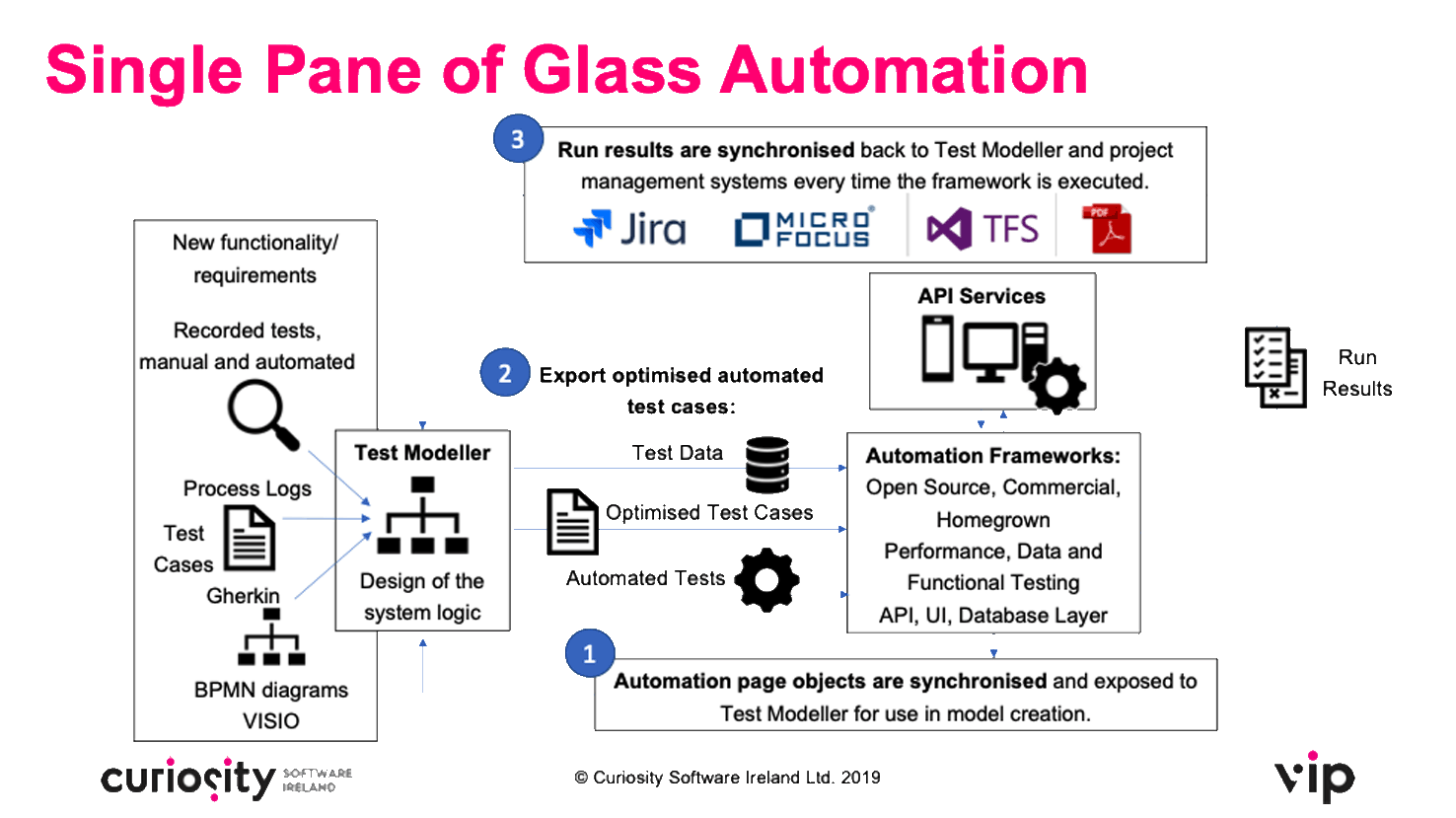 WHAT YOU’LL LEARN IN THIS DEMO

TMX and Test Modeller make it possible to test complex applications rigorously, within the same iteration as any changes have been made to the system under test. Watch this short demo to learn how you can catch potentially costly bugs earlier, using Test Modeller and TMX to:

Discover how Curiosity can help you automate your testing today!